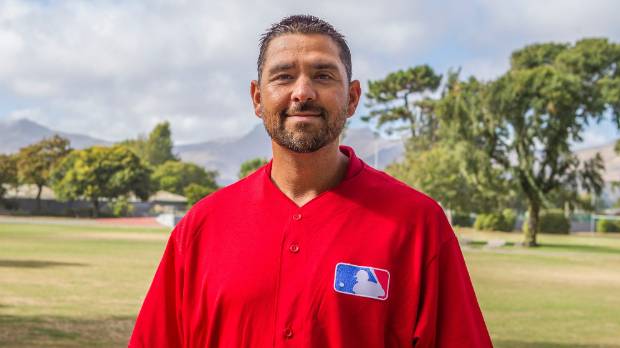 DJ Carrasco could be heading to Canada rather than New Zealand.

The Auckland Tuatara could lose one of the most significant figures in their inaugural campaign before they even play their first game.

DJ Carrasco is the Tuatara’s pitching coach and was also expected to return to the mound for the fledgling Australia Baseball League.

Carrasco pitched for the Royals, White Sox, Pirates, Diamondbacks and Mets in the MLB.

However, he could leave the Tuatara before the team plays their first game to join the Toronto Blue Jays coaching staff.

Chris Woodward, who worked previously with Carrasco for the New Zealand Diamondblacks, has been tipped as one of the front runners to replace John Gibbons as manager of the Blue Jays.

Woodward, who is still officially the manager of the Diamondblacks, is currently third base coach with the LA Dodgers in their World Series battle against the Boston Red Sox.

If he does go to the Blue Jays, there have been strong suggestions that Carrasco will go with him as Woodward is a keen admirer of what Carrasco has to offer.

But it may not be Toronto where Woodward and subsequently Carrasco end up. Local media in Dallas have reported that the Texas Rangers are willing to wait until after the World Series finishes to interview Woodward for their vacant job manager’s.

The Tuatara are looking to assemble next weekend in Auckland before a short spring training type camp.

They will play warm up games in Brisbane from November 9-11, then have their first ever real game against Perth on November 16.

Their opening series will be against the Brisbane from November 23-25, which will be held at the pop up stadium at McLeod Park in Te Atatu South.

The West Auckland park will be their home for the first season and tickets went on sale on Wednesday.

From next year the Tuatara will be based at QBE Stadium in Albany, with the club confirming a nine-year agreement for it to be their base.

Time for Blue Jays to go all-in on top targets, or risk missing out – Sportsnet.ca