Right-hander Elvis Luciano was selected by the Blue Jays from the Kansas City Royals with the ninth pick of the winter meeting draft of unprotected players.

An 18-year-old Dominican, Luciano signed with Arizona in October 2016 for an $85,000 bonus. He was traded with left-hander Gabe Speier to Kansas City last June for left fielder Jon Jay. Luciano was 5-5 with a 3.90 ERA in 12 starts and 1 relief appearance this year for a pair of rookie-level teams. He struck out 70 and walked 23 in 67 innings.

Luciano was among 14 players picked in the major-league phase of the Rule 5 draft. The cost of each player selected is $100,000, and a player must remain in the major leagues for all of next season or be offered back to his former team for $50,000.

Baltimore selected shortstop Richie Martin from Oakland with the first pick. Martin, 23, hit .300 with 6 home runs, 42 RBI and 25 stolen bases this year for Class AA Midland of the Texas League.

Several of the picks were then dealt to other teams. Ellis was sent to Kansas City for cash and Jackson was sent to Baltimore for international signing bonus allocation.

NEW YORK — The 21 free agents who have signed, with name, position, former club if different, and contract. The contract information was obtained by The Associated Press from player and management sources. For players with minor league contracts, letter agreements for major league contracts are in parentheses: 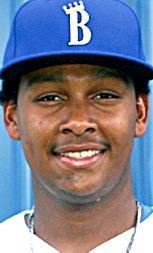