Matt Shoemaker and Clayton Richard are the most significant additions yet for a Toronto pitching staff that badly needed off-season reinforcements, but neither veteran starter can be considered a certain bet for 150 innings, so the Blue Jays will continue to prioritize arms as the calendar turns to 2019.

Richard had a 5.33 ERA in 2018, and has typically been a mid or back-of-the-rotation starter, as evidenced by his lifetime 4.46 ERA. That said, his 60.3 per cent ground ball rate leads the National League since 2015, and his ability to keep the ball down appealed to the Blue Jays. 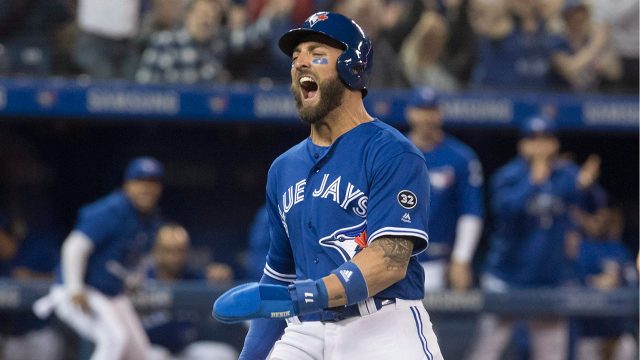 Livestream the Toronto Blue Jays on the most popular devices. Plus, get over 150 marquee MLB matchups, the Home Run Derby, All-Star Game and Postseason.

As for Shoemaker, the Blue Jays were intrigued by his upside even after a difficult 2018 season in which injuries limited him to seven starts.

“He has an ability to get swing and miss and one of the best splitters in the game,” Atkins said.

Scout Jim Skaalen recommended the two newcomers, who will most likely be stretched out as rotation options this spring. While both have relief experience, Atkins suggested the Blue Jays view them as starters first.

“If both guys can start (physically), I imagine they both will be,” Atkins said. “But I do think there could be a scenario where either one of them or potentially both could be used in a (different) role.”

Both Shoemaker (right forearm) and Richard (season-ending surgery on both knees) have battled significant injuries in recent years, but the Blue Jays were encouraged after reviewing medical histories and expect the new additions to be at full strength when spring training begins.

“That’s certainly something we did our work on,” Atkins said. “The risk that we take on is baked into the acquisition cost.”

In both cases, that cost was a modest, short-term commitment. Shoemaker signed a one-year, $3.5 million deal, while the Blue Jays sent double-A outfield prospect Connor Panas to San Diego for Richard after the Padres designated him for assignment. The Blue Jays are reportedly paying just half of Richard’s $3 million salary, so they should still have plenty of room to spend on pitching as the off-season unfolds.

Your browser does not support the audio element.

They still need pitching, as their staff ERA of 4.85 ranked 27th among the 30 teams in 2018. The loss of Marco Estrada and Tyler Clippard to free agency means there are many innings to fill, and despite the emergence of rookies Ryan Borucki, Sean-Reid Foley and Thomas Pannone, the club prefers not to rely too heavily on pitchers who might still need minor-league development.

The Blue Jays can also improve their run prevention by addressing a defence that struggled at times in 2018. The release of Yangervis Solarte was one step in the direction of better fielding, and the Blue Jays are hoping that the likes of Lourdes Gurriel Jr. and Brandon Drury can thrive defensively under new manager Charlie Montoyo and his coaching staff.

The addition of veteran Eric Sogard on a minor-league deal could help on that front, but the Blue Jays continue seeking middle infield options beyond Sogard, Gurriel Jr., Drury, Richard Urena and Devon Travis.

Meanwhile, teams continue calling the Blue Jays about their veteran players, including Russell Martin who’s “interesting to a lot of teams,” according to Atkins.

“We’ve had a great number of discussions about a number of our players and the ones that have less control (remaining) we’re having more talks about,” Atkins said.

In other words, there could still be plenty of addition and subtraction ahead. With a need for more pitching and some veterans still drawing trade interest, the Blue Jays may still be getting started.

“There’s a lot of off-season left for us and a lot of opportunities we’ll continue to flesh out,” Atkins said.

• Blue Jays coaches will spend January 7-9 in Dunedin, Fla. to prepare for the season.
• Atkins said Travis is in “great shape and a great state of mind” midway through the off-season.