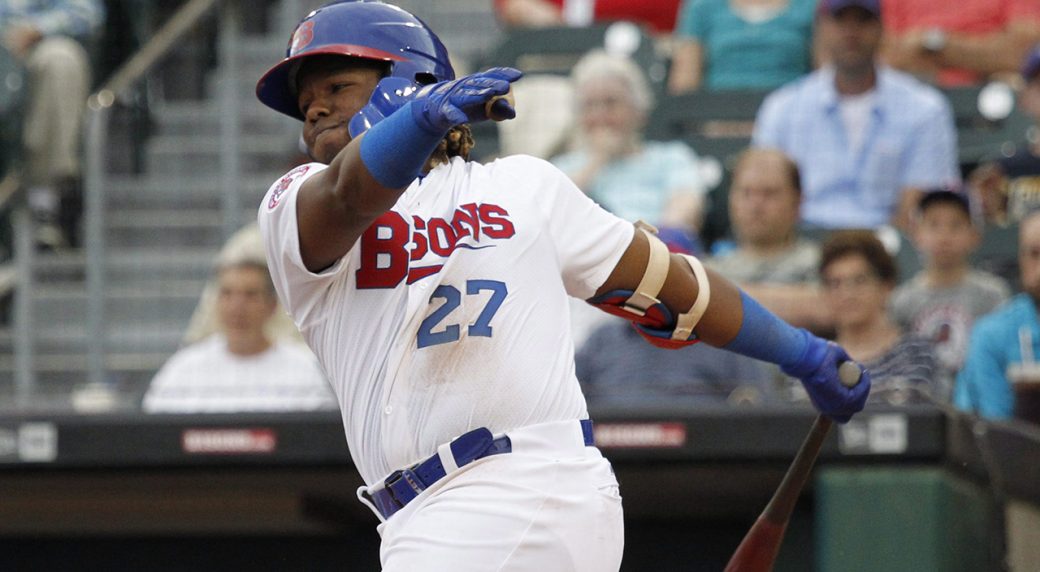 TORONTO – Financial flexibility is an often-overlooked asset the Toronto Blue Jays suddenly have in abundance, with less money on the books in 2020 and beyond than any other team in the American League East – even the perennially frugal Tampa Bay Rays.

Once the Blue Jays are through the upcoming year, the club’s only significant remaining commitment will be Troy Tulowitzki’s $14-million salary for 2020 and the $4 million buyout on his 2021 option, making up the majority of the $29.78 million in guarantees they have in place. Lourdes Gurriel Jr. is the only other player with a locked-in contract, topping out at $4.929 million in 2022, so as the Blue Jays transition from teardown to rebuild with Vladimir Guerrero Jr. and the rest of the kids, they’ll have an essentially clean financial slate to work with.

For context, the World Series-champion Boston Red Sox have $213.7 million in contract guarantees in 2020, 2021 and 2022 and they’re going to need to extend star shortstop Xander Bogaerts (one year of control left) and MVP outfielder Mookie Betts (two years of club control).

The New York Yankees, meanwhile, have $199.5 million in place over that same time frame and are the only AL East team with guaranteed money beyond 2022 thanks to last winter’s acquisition of Giancarlo Stanton, who is signed through 2027 with a club option for 2028.

The Baltimore Orioles, meanwhile, must rebuild around the $92.3 million they already have locked in, mostly sketch money committed to Chris Davis, while the Rays have $41.5 million in place and are looking to add to their talented, young base.

The relevance of which is … what exactly, you ask?

Fair question, in that financial flexibility is only an asset if you actually use it, and as Ross Atkins explained during the General Managers Meetings last month, the Blue Jays want to be “in a position to add to that talent when it is peaking, and it is coming together in a winning fashion.”

Barring a spectacularly unlikely surprise, that won’t be 2019, which will be more about sorting through the internal talent base and determining which players to keep building around.

To get Diaz, Van Wagenen had to part with prospects Jarred Kelenic, Justin Dunn and Gerson Bautista plus take on $64 million of the $120 million still due second baseman Robinson Cano, once the salary offsets of Jay Bruce and Anthony Swarzak are factored in.

It’s unlikely many, if any, other teams would have been willing to take on that much of Cano’s contract for his ages 36-40 seasons, so the Mets are certainly carrying some risk. But third-party projections have Cano as a 3.5-win player in 2019 and when you have money to work around, well, the inevitably ugly end of that contract can be dealt with when the best-before date has arrived.

Similarly, the Philadelphia Phillies used their payroll capacity to upgrade themselves at shortstop by acquiring Jean Segura and the $58 million he’s owed from the Mariners, sending back Carlos Santana and the $35 million he’s due as part of the return. There were other pieces involved, with Philadelphia getting relievers Juan Nicasio and James Pazos, as well, while young shortstop J.P. Crawford went to Seattle. The Phils’ willingness to absorb extra money allowed them to address the roster flaw caused by Santana and free up first base for Rhys Hoskins.

In both trades, there’s a lot of creative thought driven by financial flexibility and they are demonstrative of the types of deals now within the Blue Jays’ capability due to their newfound payroll freedom.

Neither of the above deals would have made much sense for the Blue Jays – they weren’t going to block the path of Lourdes Gurriel Jr., or, eventually, Bo Bichette at shortstop with Segura, and Diaz isn’t a luxury they need right now. But could they have tempted Mariners GM Jerry Dipoto with a willingness to take back more of Cano’s money and a similar calibre of prospect included in the Mets deal to get centre-fielder Mitch Haniger?

That opportunity is gone now, but those kinds of acquisitions are within Atkins’ realm and, if done right, offer an intriguing path to adding young core players.

Does that money end up being spent on place-holders that may turn into July trade chips? Or can the Blue Jays find ways to use that money on players who will be part of their next competitive club?

For now, unless a trade suddenly presents itself, the expectation is that the Blue Jays will try to wait out the market and see what values are left to be found.