He’d lose confidence when he struggled, and as a lifetime .214 hitter in affiliated baseball his patience was tested more than he might have liked. By 2011, his playing career had come to an unceremonious end with the independent Grand Prairie AirHogs.

In the eight seasons since, Martinez has worked with all manner of prospects as a minor-league hitting coach and coordinator. And in those roles, he learned even more about the power of failure – namely, when to seek it out and how to channel it into better results.

Now 34, he’s about to apply those lessons in his highest-stakes role yet: hitting coach of the Toronto Blue Jays. As he begins his new role, he’s ready to share his perspective with the club’s hitters.

“That’s pretty much the biggest thing I try to teach guys,” he says. “How to deal with failure.” 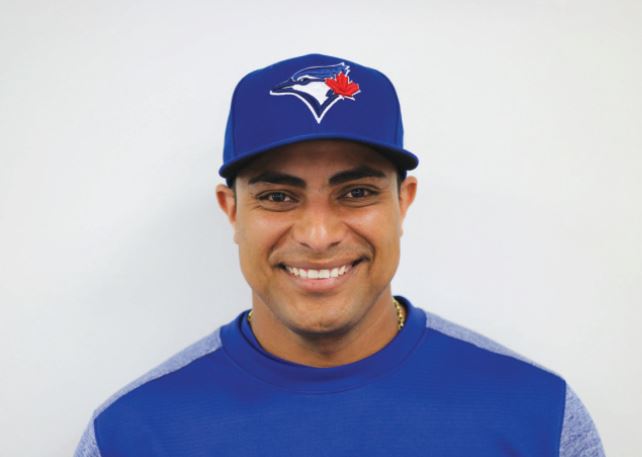 All of which begs the question: Why would anyone want to court failure in a game where your average hitter makes an out more than two thirds of the time? Even if you did want more failure, where would you seek it?

For Martinez, the answer’s connected to practice. As the Blue Jays’ minor-league hitting coordinator in 2018, he found new ways to build failure into BP. Sure, there’s some psychological benefit to letting hitters crush 60 m.p.h. pitches, and there’s a place for tee work, too. It’s just not going to be enough.

For those accustomed to more traditional batting practice, these new challenges weren’t always welcome. Initially, some hitters were standoffish.

“Starting from a young age – college, high school, even at the professional level – a lot of times they stick to what feels comfortable,” Martinez says. “[But] one of the biggest things is being comfortable being uncomfortable.”

As a minor-league hitting coach in the Cubs’ system from 2014–17, Martinez saw the likes of Willson Contreras embrace those challenges. This year, many Blue Jays prospects showed a similar appetite for them as well.

“I don’t think it’ll be surprising for you to hear this, but Vladimir Guerrero Jr.’s not scared of challenges,” Martinez says. “He embraces challenge. You see the difference. Not only is he talented, but mentally he separates himself.”

In addition to the drills designed to strengthen weaknesses, the Blue Jays continued traditional batting practice and tee work at the minor-league level. Some affiliates tracked players’ hardest-hit balls to add an element of competition to the long season. For example, the hard-hit leaderboard had a prominent place in the clubhouse at double-A New Hampshire.

“When guys walk in, it’s right in front of their face,” Martinez says. “They get on each other and pull for each other at the same time.”

As the season progressed and hitters improved, the initial uncertainty subsided.

“As long as you constantly show them positivity and show them that they are improving, they buy in to that type of practice,” Martinez says. “By the end of the season, almost every single club practised that way and guys were used to it and guys actually wanted it and competed.”

Of course, it’s one thing to tell a short-season A-ball player to embrace the benefits of strategic failure, but telling MLB veterans to alter their routines is another challenge altogether. Tenure matters in baseball clubhouses, and Martinez knows how unproductive it would be to presume authority over players like Russell Martin and Kendrys Morales. Both are 35 years old – a year older than Martinez – and began their big-league careers in 2006 when Martinez was hitting .193 at Class A.

“First and foremost, you have to come out there and be humble,” Martinez says. “I’m not going to tell them ‘This is what you’ve got to do,’ or ‘These are the ABCs.’ I think if you go about it that way it’s the wrong way. They’ll cut you off right away. It’s important to be not just honest but sincere with them, show them that you care to build that trust.

“I’m there for them,” Martinez adds. “I’m not just there trying to show them what I know about hitting.”

Alongside Martinez, 62-year-old bench coach Dave Hudgens brings extensive experience as a big-league hitting coach to Montoyo’s staff. When announcing the hiring of Martinez and other coaches, GM Ross Atkins stressed that open-mindedness and collaboration were “the two things we were pushing very hard” as an organization.

For Martinez, the process of building trust began alongside new first base coach Mark Budzinski. The two new coaches recently visited with Teoscar Hernandez in the Dominican Republic. Their primary purpose: say hi.

“We’re willing to fly out to a different country just to go say hello instead of doing it over the phone,” Martinez says. “I hope that goes a long way to build trust. It’s the right way to start building that relationship.”

In other cases, there’s a pre-existing relationship that dates back to 2012 and 2013 when Martinez began his coaching career in the Blue Jays’ farm system. At that time, the likes of Danny Jansen, Rowdy Tellez, Richard Urena, Anthony Alford, Jonathan Davis and Dwight Smith Jr. were beginning their professional careers. Years later, they’ve all reached the majors.

“I still have a smile about this,” Martinez says. “It’s like we’re all going to the big leagues at the same time.”

Back in 2012 or 2013, those players were as far from the big leagues as any pro player gets. They’ve since worked hard to advance this far, and yet Martinez won’t be content to keep them here. He wants further improvement, and believes healthy doses of practice and, yes, failure are necessary for achieving it.

“Everyone wants to see success out there, but it all starts with the way you practise,” he says. “As long as we prepare the right way and go out there every single day with a focus and have fun while doing it, I think everything else is going to take care of itself.”