Mets Should Give Blue Jays a Call – Mets Merized Online 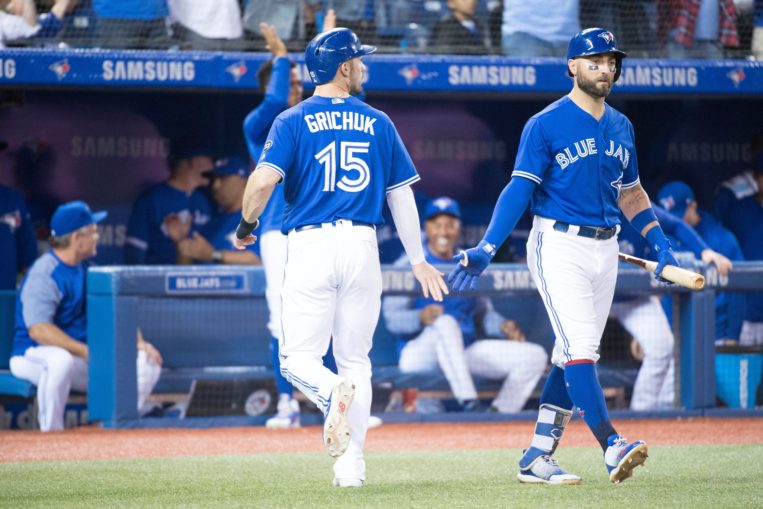 As of today, the Mets currently only have four outfielders on their 40-man roster in Michael Conforto, Juan Lagares, Brandon Nimmo, and Yoenis Cespedes. The latter, though, will be out until at least July after undergoing double heel surgery.

That leaves the Mets with just the three outfielders on the MLB roster at the moment, with Lagares having health issues of his own over the course of his career.

While the Mets do have some depth after signing both Rajai Davis and Gregor Blanco to minor league deals, neither one provides the team with a potential everyday option in the event that either Lagares gets hurt or the team deems him not fit to be in the lineup for the entirety of the season.

However, the free agent market simply is not filled with many solutions at the moment with Bryce Harper and A.J. Pollock being the only true fits for the team in this regard. Both are likely out of the Mets price range at the moment, though, making a trade for an outfielder more likely.

One team that the team should look at to fill their outfield need is the Toronto Blue Jays, who have Kevin Pillar and Randal Grichuk.

His defensive prowess is undeniable, though, as he has accumulated 50 defensive runs saved in five seasons of playing center field, even after registering -2 DRS this past season. His UZR remained in the positive category (2.3) so he still is at the very least a solid center fielder defensively. In fact, it was because of this that he was able to finish with a 2.0 WAR, despite producing at a below average clip offensively.

The Blue Jays have made him available in trades and with two years of control remaining before becoming a free agent after the 2020 season, he could be a fit for the Mets. He especially makes sense for them given their need for a center fielder.

Grichuk, 27, might actually be an even better fit, though, as the team might need a player with more offensive ability than Pillar.

The outfielder is also considered a solid defender in the outfield as he has 24 DRS in five seasons in the majors playing all three outfield positions. That includes 12 DRS in center field, which as mentioned previously, is where it makes the most sense to place an outfielder the team acquires.

Grichuk is in the same boat as Pillar contract wise as well, with two years of arbitration before hitting free agency.

Both of them also are right-handed hitters, making themselves good fits in that regard as well considering the team has Robinson Cano, Michael Conforto, Brandon Nimmo, and Jeff McNeil from the left side.

Neither one should cost too much in a trade for the team making both of them reasonably affordable options for the Mets both in terms of money and prospects.