The game’s evolution will only get dizzier 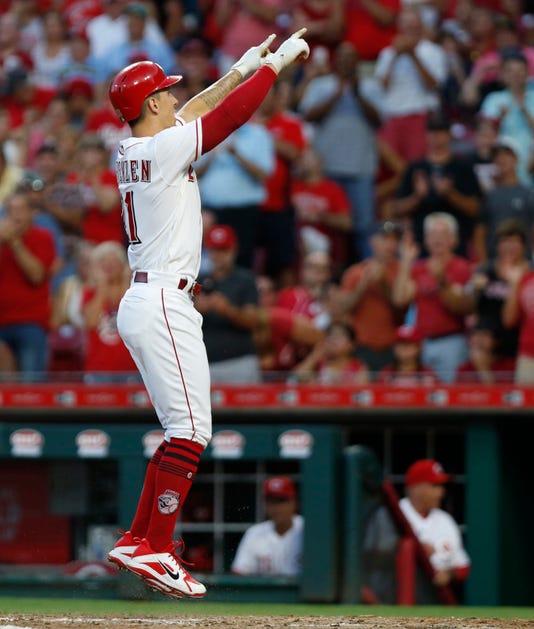 The game’s drift toward analytics has turned into a tidal wave – and whether you find the outcome aesthetically pleasing likely depends on if you feel the current product represents progression, regression or a cyclical turn that will correct itself.

Either way, the facets that make the game harder for purists to recognize – be it progressive pitching use, platooning and roster maximization and the ever-vexing infield shift – will only be writ larger when a new season dawns March 28.

While most clubs are still plotting off-season maneuvers, enough have signaled their intentions to draw some basic conclusions.

So by next spring, get ready for:

The Tampa Bay Rays’ use of “the opener” – or, a reliever starting a game and throwing an inning or just a bit more – laid waste to baseball orthodoxy.

What it didn’t do was ruin baseball, or even the Rays: They won 90 games on a shoestring payroll.

By season’s end, the Oakland Athletics leaned on that strategy after injuries waylaid their rotation – and then they trotted it out in a wild-card loss to the New York Yankees. The Milwaukee Brewers used it to win a key September game – and then leaned on it through most of a playoff run that ended one game shy of the World Series.

And here come the copycats.

Count on at least one-third of the American League – the Rays, A’s, Toronto Blue Jays, Texas Rangers and Seattle Mariners – utilizing a bullpenning approach out of the gate or over the course of the season to limit the liability of their starting pitchers. Farhan Zaidi, the San Francisco Giants’ new president of baseball operations, said his club will explore the opener as one of multiple unconventional pitching approaches.

Rays manager Kevin Cash says his club will use an opener two to three times through the rotation, a luxury partially afforded by the fact Cy Young Award winner Blake Snell will front his staff.

Cash’s former bench coach and new Blue Jays manager  Charlie Montoyo, said Tuesday his new club will be using “all the stuff” that Tampa Bay employed. Barring an unlikely splurge on starting pitching, that will include some form of the Rays’ “opener” strategy.

“There’s great innovation going on all across the game,” Matt Silverman, the Rays’ president of baseball operations, told USA TODAY Sports. “Some of it is more visible than others. It’s a compliment to our organization that other teams are finding merit in some of the strategies we’ve deployed.

“We do similar things. All 30 teams are studying the rest of the league, studying teams in other sports, to find an edge, to find something that will give them a leg up. There’s a chance this becomes more of the convention.”

Now, rebuilding clubs are looking to attack the quest for 27 outs with a new eye, knowing there’s little sense in young pitchers getting peppered a second or third time through opposing lineups.

“We’re going to have to decide certain days, whether it’s the piggyback situation, whether it’s an opener, our best way forward to try to get a W,” says first-year Texas Rangers manager Chris Woodward. “To maximize every guy that we have. That’s where we are right now. And we can’t ignore the fact that some of these numbers and things make sense.”

There’s only one Shohei Ohtani – and he’ll be 50% of his usual self in 2019 after due to reconstructive elbow surgery.

Not to worry. While Ohtani is limited to merely hitting, other players may fill the two-way void – even if in a less spectacular fashion.

Reds pitcher Michael Lorenzen played an inning of right field last season and new manager David Bell said he is open to letting him play outfield in 2019, which would lend significant flexibility to the roster. Oh, and Lorenzen can rake – he posted a 1.043 OPS last season, with nine hits in 31 at-bats, including four homers.

He may get to do both in Seattle.

“Why not?” says manager Scott Servais.

Indeed, while Ohtani mends his pitching elbow, his young legacy may already be felt around the league.

“I was legitimately bummed for our sport when Ohtani got hurt,” says Astros manager A.J. Hinch. “What a uniquely talented young man in our game.

“But it’s opening doors for a new wave, a new way of thinking of players’ possibilities when guys are multitalented.”

Ban the shift, as MLB has reportedly been exploring? The overwhelming negative sentiment among players polled by USA TODAY Sports last summer and managers at these winter meetings suggests that viewpoint is detached from innovative reality.

So barring a palace coup by MLB Commissioner Rob Manfred, get ready for even more shifts.

The amount of advanced information – and the folks hired to disseminate it – is only increasing. Heck, the mere hiring of Montoyo by Toronto will tip the scales.

The Rays? They ranked second behind the Astros, with 1,781 shifts. The Blue Jays just hired Montoyo to be more Rays-like in Toronto.

For the first time this century, respected managers Mike Scioscia and Buck Showalter will not be wearing major league uniforms. Jonathan Erlichman will, though.

Who’s that? Why, he’s the Rays’ new “process and analytics coach,” a Princeton grad who was most recently their director of analytics.

He hasn’t played baseball since he was a child, but he’ll be an information processor in real time, enabling Cash and the rest of his staff to mind more traditional game tasks.

Meanwhile, new Dodgers hitting coach Robert Van Scoyoc’s rise might be more unlikely. He comes not from the Ivy League nor the dues-paying minor leagues, but rather Starting 9 Batting Cages in Santa Clarita, Calif.

Van Scoyoc has risen from advisory and consulting roles with the Dodgers and Arizona Diamondbacks to join manager Dave Roberts’ staff. If you’re unnerved a two-time National League pennant winner just hired a batting cage rat to get it over the championship hump, well, this is just the beginning.

“I think it’s a special place where baseball is heading,” says Arizona Diamondbacks manager Torey Lovullo, who employed Van Scoyoc as a hitting strategist last season. “And it doesn’t matter. You could have landed on Mars and lived there for 25 years, if you’re going to help us score runs or prevent us from scoring runs, we’re going to consider hiring you.”

Not to worry. Many don’t-ban-the-shift proponents believe baseball will correct itself organically, and the game will return to earth. Most of the big leagues’ top contenders – the Red Sox, Yankees, Dodgers and Nationals among them – will trot out conventional pitching staffs.

Championships will still be won. It’s just that the process to get there will never stop evolving.

“Some of what we did last year had some of its roots in baseball 20 or 30 years ago,” says the Rays’ Silverman. “As a student of baseball, you can look back and see many of the things done today having roots in the past – even the shift. Ted Williams experienced the shift. It just wasn’t as commonly deployed.

“In general, the game evolves. But in many ways, it cycles back upon itself.”

J.A. Happ is right there for the picking…..however
Winter meeting notes from an eventful second day